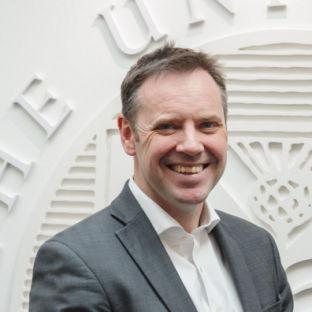 Prof Ritchie is the Professor of Psychiatry of Ageing at the University of Edinburgh. His interests lie in translational epidemiology and clinical trials for the secondary prevention of dementia. His work in this field dates back to 1997 when he worked in the laboratory of Prof Colin Masters in the University of Melbourne before returning to UCL in 2000 to complete his PhD through an MRC Health Services Research Fellowship.

He was appointed as Senior Lecturer in Old Age Psychiatry at Imperial College London in 2007 and whilst in that post was R&D Director at West London Mental Health Trust from 2010-14 and Deputy Director of the London Northwest NIHR Clinical Research Network. In 2014 he returned to his native Scotland to take up a Chair in Psychiatry of Ageing at the University of Edinburgh.

In 2015 he established the Centre for Dementia Prevention and that year took on the academic leadership role of the EPAD (European Prevention of Alzheimer’s Dementia) Programme. In 2017 he was elected as Chair of the Scottish Dementia Research Consortium and in 2020 has become the inaugural Director of Brain Health Scotland. He has over 250 academic publications and secured almost £100M of grant funding in his career to date.