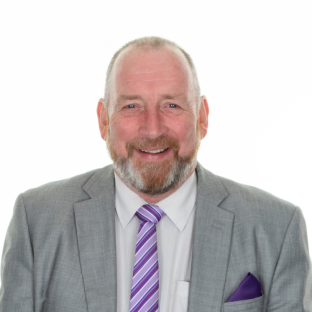 Limerick native Kevin Quaid was diagnosed with Lewy Body Dementia in 2017 aged 53, after being diagnosed firstly with Parkinsons. He is a member of the Irish Dementia Working Group as well as vice chair of the European Working Group of People with dementia and co founder of Lewy body Ireland.

Kevin is an avid GAA fan and speaks about the fighting spirit of the Limerick hurling team in 2018 and the fact they never gave up. He brings that same spirit to his life with dementia.

Kevin is married to Helena. He has three children, three stepchildren and five grandchildren. This family man is an adventurer who spent time in Australia and loves to travel.

After his diagnosis Kevin realised there was a lack of information about his particular form of dementia and wrote a book called “Lewy Body Dementia, Survival and Me”. He was one of the first patients in the world to write a book about Lewy Body Dementia from the patients point of view as well as his families point of view, He has since written a second book called “I am KEVIN not Lewy” . He is now an active advocate and through his work with the Irish Dementia Working Group supported by The Alzheimer Society of Ireland raises awareness about the condition through speaking engagements and media appearances.

In Oct 2018 Kevin spoke at the annual AlzTalks event organised by The Alzheimer Society. He spoke about the difference between Lewy body dementia and other forms of the disease and his need to be part of his community.  In 2019 he spoke at the Alzheimer Europe Conference in The Hague and impressed an international audience the importance of hearing the voice of people living with dementia.

Community is important to Kevin and he has started a Memory Café in Kanturk County Cork to support others living with the disease in his area.

During Covid19 Kevin has continued to be an advocate – using Zoom to connect with policy makers and other people living with dementia.