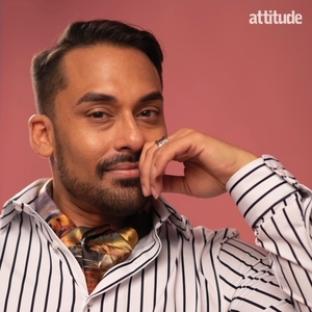 Patrick Ettenes is living with HIV and early onset dementia. He is involved with many groups and organisations to raise understanding and awareness around these conditions and he has been extremely proactive in highlighting the needs of LGBT+ people affected by dementia. Among his many notable endeavours have been a long running association with Alzheimer’s Society and his ongoing work with LGBT Foundation in the UK. As a key advisor to both these organisations he helped to launch an innovation programme called Bring Dementia Out, which since 2019 has been working with the care and housing sectors to improve services for LGBT+ people affected by dementia. As a result of this work, Patrick was awarded Positive Role Model of the Year in 2019 at The National Diversity Awards and in 2021, he was one of 10 everyday LGBTQ heroes honoured at the Attitude Pride Awards. Patrick is a much sought after speaker and writer and has featured in many media interviews throughout the UK, Canada and Barbados - where he is originally from. Now living in Manchester, Patrick has made a commitment to dedicate much of his time to support other LGBT people affected by dementia and is especially delighted to be working with Alzheimer Europe. He wishes to share his experiences in the hope that this will empower others to access the support that they need and to help organisations to support those who may be living alone or who come from other seldom-heard groups.