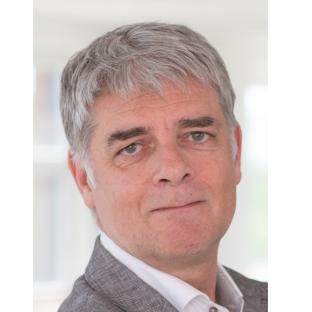 Marco Blom (1961) is scientific director of Alzheimer Nederland (Alzheimer’s Society in the Netherlands). He is psychogerontologist and since 1987 involved in organisations and projects on dementia. He started his career at a Community Mental Health Centre in The Hague and was in 1991 appointed at the National Institute of Care and Welfare (now called Vilans) in Utrecht. In March 1997 he joined Alzheimer Nederland. He was involved in the development of the Alzheimer Cafes, the academic Alzheimer Research Centres and the online platform (www.dementie.nl) for people with dementia and their family caregivers. He was board member of the Delta Plan Dementia, the national program on dementia in the Netherland (2013 – 2020). In 2021 he was invited to chair a mission team on the topic of dementia within the Topsector Life Sciences and Health. Other affiliations: member of the editorial board of the Netherlands Journal of Psychogeriatrics (called Denkbeeld). He is board member of Alzheimer Europe since 2018.

Marco joined the Alzheimer Europe Board in October 2018 and was elected as Honorary Treasurer in 2020.