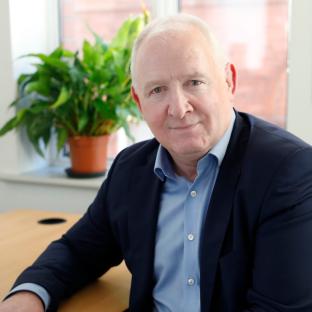 Andy is currently the Chief Executive of the Alzheimer Society of Ireland having previously served as the National Secretary of the Society of St Vincent De Paul (SVP) which is one of the largest voluntary charitable organisations in Ireland. Prior to his role at the SVP he was Chief Executive of St John of God Community Services, an organisation providing a range of services to those with learning disabilities and mental health issues across Ireland. He served in the Defence Forces for 19 years holding a range of training, command and staff appointments. He also served abroad, including three trips in the Middle East with the United Nations, Central Africa with Goal and the Balkans with the European Union. Andy has a BSc from NUIG, an MSc from the University of Ulster and a certificate in Charity Law, Trusteeship and Governance from the Law Society of Ireland. His interests include current affairs, rugby and reading.

Andy Heffernan was elected to the Alzheimer Europe Board in October 2022.