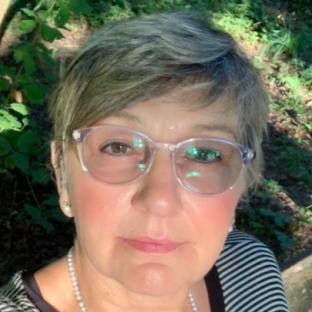 My name Lieselotte Klotz (Lilo), 62 years old, wife, mother, daughter, sister, aunt and friend and a passionate sailor. When I was diagnosed with Lewy Body Dementia for the first time in April 2017, I was 57 years old and working full-time. My first thought was: "It can't and mustn't be, not me!"

Dementia is generally considered to be a disease of (very) old people. I wasn't aware that there are many different forms of dementia and that it can also affect younger people who are still working. I should have known better! My mother (87) has Alzheimer’s, and a cousin (66) has Parkinson's.

I'm from a small town near Cologne in Germany. I currently live with my little dog Dorie in Kuehlungsborn directly on the German Baltic Sea near Schwerin and Rostock. My three wonderful children (2 daughters, 1 son) live and work in Cologne, Berlin and Tokyo.

Exploring the world's oceans, exploring my own limits, broadening my cultural horizons - that was my passion as a sailor and diver for many years.
From 2010 to 2016 I sailed many oceans with different sailboats and crews. Women are still considered a fringe group in sailing.
That's why I'm so excited to inspire many other women over the years to take to the water as active sailors or – like me – to buy their own sailboat.
Whether on water or on land, it has always been important to me not to travel the world without thinking about sustainability.

I started my professional career in 1976 in the healthcare sector before moving to the IT sector in 1996. Even during my thirty years as a single mother of three children and as a family manager, I have always had a full-time job. I have extensive professional experience in the environment of medium-sized and large companies in various industries, public clients and organizations. In 2000 I founded my own IT service company. Together with 200 employees, I have advised and supported large companies such as RWE, Vodafone, Telekom and WDR and German authorities in the field of IT organization.

From 2011, after the successful sale and integration of my own company into a large, international IT company, I worked as a managing director and strategic manager in other IT companies in Germany. The development of new business areas, the support of start-ups, the development and expansion of the IT competence of a large auditing company in the German market were some of my interesting projects. The study of business psychology was also an important component. I speak two languages, German and English.
But where one door closes, another opens.

After the diagnosis, I couldn't continue living as I was used to. I had to break new ground and develop new strategies in order to be able to continue living and experiencing my life in a fulfilling, self-determined and meaningful way. My children and the people in the Alzheimer's Society supported me in this.

Today I volunteer as actively as possible in the Alzheimer Society Berlin. https://www.deutsche-alzheimer.de/ueber-uns/gremien. I am proud, happy and grateful to be part of this team of wonderful people with dementia. As a member of the Advisory Board of the German Alzheimer Society, I can contribute my direct view and perspective as an affected person and at the same time as a caring relative.

Dementia is an existential disease. It touches deeply in all areas of life. Both for those affected and for the caring relatives and friends. It is very important to me to draw attention to the stigmatization in society and also in the professional world. It is important to wake up companies and organizations from as many sectors as possible. Because it is essential to draw attention to the relevance of developing and improving services and support measures for people with dementia. We, the 1.8 million people with dementia in Germany alone, need their knowledge, skills and willingness to develop and implement problem solutions. We still cannot treat or cure “dementia”. Therefore, it is imperative to continue researching the causes, treatment options, support products, etc. in all conceivable industries, areas and directions.

The "National Dementia Strategy Germany" https://www.nationale-demenzstrategie.de/english is the basis and the core element of knowledge, relevance and the lack of financial, content-related and political support to the awareness of people in Germany, but also in Europe.

Millions of people have problems in life similar to mine. That's why I appreciate the chances and opportunity for all of us to raise my voice and be visible. As an early patient, I will fight as long as I can for the rights and their protection as well as the needs and demands of people with dementia. I have defined this as my most important task for the coming years. Because dementia can affect anyone.

I am very grateful and look forward to speaking and working for people with dementia in this international team and at a European level in the years to come.