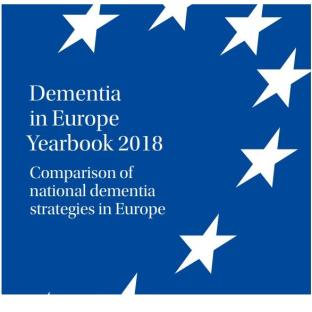 The 2018 Alzheimer Europe Yearbook focuses on the current status and development of national dementia strategies in Europe, detailing the content of the existing strategies, thereby providing a comparison between countries. There are currently 21 countries and regions with a dementia strategy, 2 countries whose governments have formally committed to the development of a strategy, two neurodegenerative strategies published and further work underway in other countries.

The information for this comparative report was primarily provided by Alzheimer Europe's national members. Members of the European Working Group of People with Dementia (EWGPWD) and their supporters also contributed by providing their personal reflections.