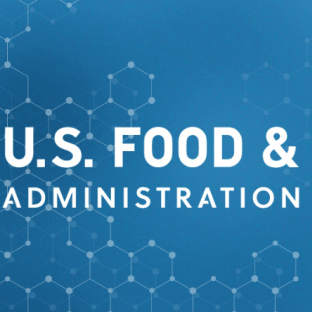 On 6 January, the US Food and Drug Administration (FDA) approved Lecanemab for the treatment of Alzheimer’s disease (AD). Lecanemab, which will be marketed in the US under the brand name Leqembi™, is an antibody that targets amyloid-beta plaques, which accumulate in the brain during the development of AD. After aducanumab, Lecanemab is the second drug in this class to be authorised by the FDA via its accelerated approval pathway. This pathway allows the FDA to approve medicines for serious conditions where there is an unmet medical need, and where the drug has an effect on a surrogate endpoint that is likely to predict a clinical benefit to patients. FDA approval of Lecanemab was based on the results of a Phase 2b, randomised and placebo-controlled clinical trial, which recruited 856 patients with mild cognitive impairment (MCI) or mild dementia due to AD.

Trial participants received biweekly, intravenous infusions of Lecanemab, at increasing doses from 2.5mg/kg up to 10mg/kg. The presence of amyloid beta pathology in these patients was confirmed using amyloid-PET brain scans, and analyses of trial data revealed a significant reduction in brain amyloid over the course of the trial for participants receiving the 10mg/kg dose. These data supported the accelerated approval of Lecanemab, which was authorised for the treatment of the population recruited in the Phase 2b clinical trial. The prescribing information for Lecanemab states that the drug is indicated for the treatment of AD, and that “treatment should be initiated in patients with mild cognitive impairment or mild dementia stage of disease.”

Patients must also have a brain scan confirming the presence of amyloid beta pathology prior to initiating treatment, and are warned that a potential side-effect of treatment is the occurrence of micro-bleeds or swelling in the brain, which are detected on brain MRI scans as amyloid-related imaging abnormalities (ARIA). ARIA, which can be asymptomatic, occurred in 12% of trial participants receiving Lecanemab, compared to 5% of participants who received a placebo. Consequently, prescribing physicians are instructed to obtain a recent MRI scan prior to initiating treatment, and must perform regular MRI monitoring during treatment. Eisai, which developed Lecanemab in partnership with Biogen, announced that Lecanemab would be available to patients in the US by 23 January, at a launch price of USD26,500 per year. The company has also filed a supplemental Biologics Licence Application (BLA) with the FDA, based on positive data from the confirmatory Phase 3 CLARITY-AD trial. Eisai initiated submission of data for regulatory approval of Lecanemab in China in December 2022, and also announced plans to apply for regulatory approval in Japan and Europe by the end of March 2023.