Kevin Quaid publishes his second book, "I am KEVIN! not Lewy" 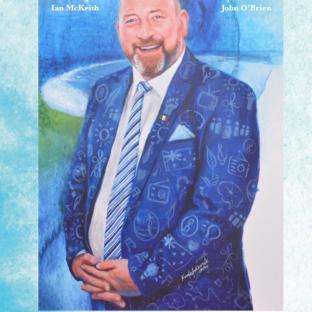 Kevin Quaid, author of "Lewy Body Dementia Survival and Me", has put pen to paper again to tell his readers that there is life after diagnosis. The book is designed to give hope to people who have Lewy Body Dementia as Mr Quaid does, but also for those who have been diagnosed with any type of dementia, or indeed any life-changing illness. It aims to show that when someone receives a difficult diagnosis, even though it is tough, they can still retain some quality of life, despite the diagnosis. Mr Quaid found a love of writing and this book is full of things that he has achieved since his diagnosis and carries a message about the power of positive thinking and of having goals. The style of writing, as in his first book, pulls no punches. Mr Quaid "tells it like it is" for him and his family. Limerick native Kevin Quaid was diagnosed with Lewy Body Dementia in 2017 aged 53, after being diagnosed first with Parkinson's disease. He is a member of the Irish Dementia Working Group as well as Vice-chairperson of the European Working Group of People with Dementia (EWGPWD)and co-founder of Lewy body Ireland. His new book "I am KEVIN! not Lewy" can be purchased online, for example via Amazon.