"It's a Gypsy Thing" - Nigel Hullah, member of the European Working Group of People with Dementia, writes about how being born into a Roma Gypsy community has shaped him 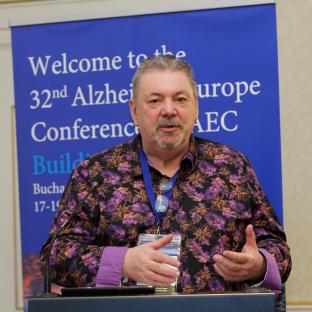 Being born into a Roma Gypsy community imprinted on me some of the traditions and values I still live to and are part of me, even today. As with all communities, dementia is known, but the response is unique, as it is with all the diverse communities that make up our vibrant diverse Four Nations (England, Northern Ireland, Scotland and Wales). Romani people have been in Britain since at least 1515, after migrating from continental Europe during the Roma migration from India. The term "Gypsy" comes from the term “Egyptian”, which is what the settled population perceived them to be, because of their dark complexion. Examination of the Romani language shows that Romany Gypsies originally came from Northern India, around the 12th century. French Manush Gypsies, the clan I was born into, have a similar origin and culture to Romany Gypsies. For centuries, stereotypes and prejudices have had a negative impact on the understanding of Roma culture.

The Roma do not follow a single faith; rather, they often adopt the predominant religion of the country where they are living and describe themselves as "many stars scattered in the sight of God”. The Roma live by a complex set of rules that govern things such as cleanliness, purity, respect, honour, and justice. These rules are referred to as what is "Rromano". Rromano means to behave with dignity and respect, as a Roma person. "Rromanipé" is what the Roma refer to as their worldview. Traditionally, anywhere from ten to several hundred extended families form bands, or kumpanias, which travel together in caravans. Smaller alliances, called vistas, are more common, the open style of living and the extended responsibility gave me, personally, a wonderful, free childhood, that was safe and nurturing. Each band is led by a voivode, who is elected for life. This person is their chieftain. A senior woman in the band, called a phuri dai, looks after the welfare of the group’s women and children. In some groups, the elders resolve conflicts and administer punishment, which is based upon the concept of honour. Punishment can mean a loss of reputation or, at worst, expulsion from the community. Often in the Romani communities, they would say they would not seek medical help for relatives showing signs of dementia because “the symptoms don’t seem that dangerous”.

Many would be hesitant because "they don’t understand our culture and, anyway, we look after our own“, and “they might take them away and lock them up“. All elders in the Roma community are held in respect and are revered for their accumulation of life skills and lore, and for the many of the clan they themselves have cared and nurtured for. There is a real fear that healthcare professionals, or other professionals, may not understand the community. This lack of understanding could lead to no consideration of their preferences and interests, in the care administered, mostly being brought about by a lack of understanding of our culture. These fears are backed up, often, by discrimination or lack of understanding. It's so important, therefore, to understand cultural differences, so as to make services of value to all communities.