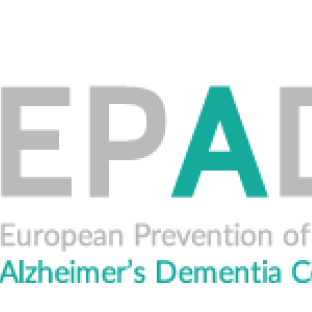 29/11/2022
First consultation of the 2022-2024 EWGPWD: Respectful Communication and the EPND Project
29/11/2022
Want to contribute to efforts of a large pan-European consortium? Apply for a PhD position working on the European project AMYPAD, in Amsterdam
25/11/2022
The I Can Do Pathway - service design in the context of the IDoService project
24/11/2022
EPND launches its Cohort Catalogue preview, featuring over 60 neurodegeneration cohorts with sites in 17 countries across Europe
22/11/2022
EPAD publishes Frontiers in Neurology article, summarising key findings of the study

15 January marked the fourth anniversary of the official launch of the European Prevention of Alzheimer’s Dementia (EPAD) initiative, in Paris. To celebrate turning four, EPAD looked back at some of its key achievements of the past 12 months.

27 February: Alzheimer Europe held a successful lunch debate entitled “Will we be able to prevent Alzheimer’s dementia” at the European Parliament in Brussels (Belgium). The panel included a presentation by Craig Ritchie (UEDIN) who looked at what the EPAD project can offer in terms of research into prevention.

23 May: The EPAD General Assembly took place in Amsterdam under the banner “How to assure sustainability” and welcomed more than 180 attendees.

7 June: EPAD was on the news in Australia. Craig Ritchie gave a plenary lecture “Preventing Dementia: False Promise or True Progress” at the International Dementia Conference in Sydney and mentioned EPAD.

26 July: For the first time, the EPAD study was exhibited via a large EPAD booth in the exhibition area as well as hosted a satellite symposium dedicated to the EPAD Proof of Concept trial at AAIC (Chicago, US). It also took this opportunity to launch the new EPAD website and to release a new EPAD brochure.

29 August: The EPAD’s Scottish team were lucky to visit the stunning University of Aberdeen campus for the inaugural EPAD Scotland conference. The event gathered almost 80 delegates including participants, site staff and the wider Scottish EPAD team.

21 September: It is a date the EPAD team will not easily forget, as the 1,000th EPAD Research Participant has joined the EPAD family by volunteering to participate in the EPAD Longitudinal Cohort Study (LCS).

The EPAD project has received support from the Innovative Medicines Initiative Joint Undertaking under grant agreement n° 115736, resources of which are composed of financial contribution from the European Union's Seventh Framework Programme (FP7/2007-2013) and EFPIA companies’ in kind contribution.