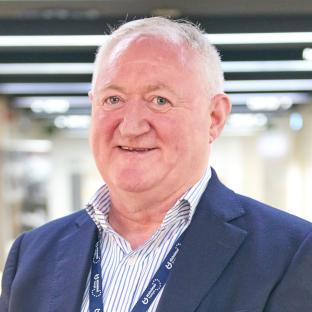 It is with great regret that The Alzheimer Society of Ireland (ASI) announced, on 5 January 2022, that Pat McLoughlin has decided to step down from his role as CEO, for medical reasons. Mr McLoughlin became CEO in October 2016 and will officially retire from his role in March 2022. He said: “I am so grateful to have been given the opportunity to lead The Alzheimer Society of Ireland over the past five years. I am honoured to have led this extraordinary organisation over this time and represent people living with dementia and their family carers across Ireland. I would like to thank the chairman Eugene McCague, board of directors and all the staff, volunteers, advocates and everyone associated with The ASI. You have been incredible, and I know you will achieve great things in the future." ASI Chairman Eugene McCague expressed his gratitude to Pat McLoughlin for his leadership of over the past five years.

He said: “On behalf of the board of The ASI, I would like to express my gratitude to Pat for his extraordinary leadership of The Alzheimer Society of Ireland over the past five years. We are very understanding of Pat’s decision to step back from his role, and I know you will join me in letting Pat know how grateful we are to him for leading The ASI over this time and supporting the thousands of people living with dementia and their family carers in Ireland. Pat brought so much expertise to this position, and this was clear for everyone to see over the last five years." The ASI board of directors will take immediate steps to recruit a new CEO. An internal interim CEO will be appointed while a new CEO is being identified.