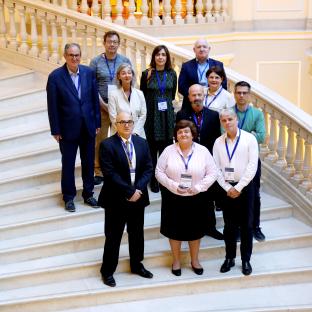 Congratulations to all of them and a warm welcome to all new Board members. Outgoing Chairperson Iva Holmerová, outgoing Honorary Secretary James Pearson and outgoing Board members Sabine Jansen, Pat McLoughlin, Sirpa Pietikäinen, MEP and Karin Westerlund did not stand for re-election. Alzheimer Europe and its Board would like to thank all of them for their service and important contributions and wish them all the very best.