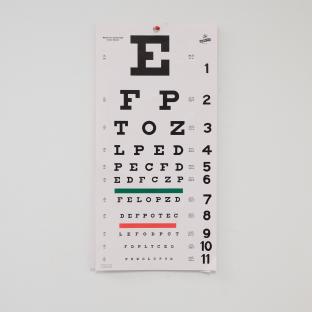 According to Alzheimer's Disease International (ADI), cognitive issues affect 50 million people in the world, and this number is predicted to triple by 2050. To tackle this challenge, it is important to identify the modifiable factors that are associated with cognitive problems, so that appropriate prevention strategies targeting such factors can be implemented. Previous studies indicate that visual impairment may be among the risk factors that contribute to the development of cognitive problems. To further elucidate the link between cognitive and visual impairment, a group of researchers examined data from studies on this topic and published their results in the journal Aging & Mental Health. The researchers identified 16 studies that reported on the relationship between cognitive and visual impairments. These studies examined individuals at a single point in time or over a certain period. In total, this amounted to 76,373 study participants included in their analysis. Their quantitative analyses uncovered a signification association between visual impairment and cognitive problems.

In particular, the researchers found that individuals with visual impairment at the starting point of the studies had a 137% higher rate of developing cognitive impairment and dementia (regardless of whether it was objectively or subjectively assessed). People who had a visual impairment at the study start point had a 41% higher risk of experiencing cognitive problems and a 44% higher risk of developing dementia, compared to individuals with no visual issues. According to the authors, these findings prompt the need for more research to determine whether treatment for visual disturbances (for instance, wearing glasses or cataract surgery) can be useful for reducing the risk of cognitive problems. Regular eye check-ups may also serve as a preventative measure/tool for dementia in older adults. https://www.tandfonline.com/doi/full/10.1080/13607863.2022.2077303