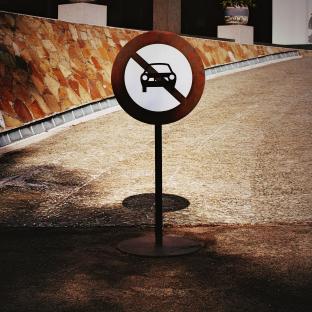 France Alzheimer denounced a recent decree banning people with neuro-evolutionary pathologies such as Alzheimer's disease from driving as soon as they are diagnosed, and even as soon as any signs of cognitive problems appear. The decree in question updates a list of medical conditions that it states are incompatible with driving a vehicle, with new conditions including cognitive disorders such as Alzheimer's disease and related disorders. To put it plainly: the diagnosis of the disease goes hand in hand with the withdrawal of the keys. The decree states: "Incompatibility is definitive if the diagnosis has been made". "People with cognitive disorders linked to these pathologies must no longer drive as soon as cognitive decline appears", the Road Safety Authority said in a press release. The decision of incompatibility can even be taken before the diagnosis. "As long as there is doubt about the nature of the disorder," the Official Journal also states. "A specialist opinion is requested without delay from a multi-professional team that includes one or more specialist doctors. This order came as a surprise to France Alzheimer and raises many questions such as: Who takes the decision? What measures will be taken to support people with disabilities and their carers? What solutions can be proposed to them in the face of mobility problems? The association also felt incomprehension and anger, because it is involved with the Fondation Médéric Alzheimer, as well as the Prévention Routière, and therefore the State, in a study on mobility, driving and Alzheimer's disease.

The conclusions should be unveiled in a few months. Taking car keys away from a sick person is ultimately inevitable, notes France Alzheimer, but people with dementia are all different. Moreover, we need to support the person with dementia and their carer during this stage of their life, and offer them solutions in terms of mobility, notes France Alzheimer. France Alzheimer and related diseases was not the only organisation to express indignation. This was also the case for the French Society of Geriatrics and Gerontology (SFGG), the Federation of Memory Centres (FCM), the Old'Up association and the Fondation Médéric Alzheimer. Faced with this incomprehension and outcry, the Road Safety Authority seemed to take a step backwards quite quickly. "It is not a question of banning people who have just been diagnosed with Alzheimer's from driving," the organisation, which depends on the Ministry of the Interior, told Le Parisien, thus contradicting the order and the press release. "This decree in fact contains several scales: firstly, the treating doctor provides their analysis but they can ask for the opinion of an approved doctor who can themselves ask for cognitive tests.” In a joint press release, the SFGG, the FCM, France Alzheimer and Old'Up called for a collective reflection with the Road Safety Authority, which has already expressed its agreement to change the decree and resume work together. France Alzheimer will now refer the matter to the Ombudsman’s office, asking them to take a position on this order.