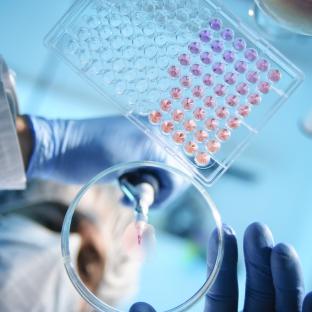 28/09/2022
Eisai and Biogen announce top-line results from the Clarity AD Phase III trial of lecanemab
12/09/2022
Exploratory post-hoc analyses of TRAILBLAZER-ALZ study are published in JAMA Neurology
08/09/2022
Axsome Therapeutics initiates a new Phase III study for the treatment of AD agitation
06/09/2022
New study on "Development and design of a diagnostic report to support communication in dementia: Co-creation with patients and care partners" co-authored by Alzheimer Europe
06/09/2022
New study evaluates the association between daily step count and dementia

On 7 September, BioVie, a clinical-stage company developing innovative drug therapies for the treatment of advanced liver diseases and neurodegenerative disorders, announced topline results from its Phase II clinical trial of NE3107 for the treatment of Alzheimer’s disease (AD). The trial measured changes in cognition through verbal and visual test procedures and changes in biomarkers of AD, inflammatory and metabolic parameters. A total of 23 US participants received NE3107, twice daily for three months. 17 participants had a MMSE score greater than or equal to 20 (mild cognitive impairment (MCI) to mild AD and 6 participants had a score <20 (moderate AD). Initial results showed that the vast majority of participants with MCI and mild AD saw a significant improvement in cognition and daily abilities, as measured by the ADAS-Cog12, MMSE and Global Rating of Change scores. Reductions in TNFa (considered to be an initial factor driving inflammation) were observed after NE3107 treatment and significantly correlated with improvement in cognition. In addition, no drug-related adverse events were reported. Detailed results will be presented at the CTAD Annual Conference, to be held in San Francisco (US) on November 29 – December 2, 2022. The company is currently conducting a Phase III trial in mild to moderate AD in US. Topline results are expected in mid-2023.