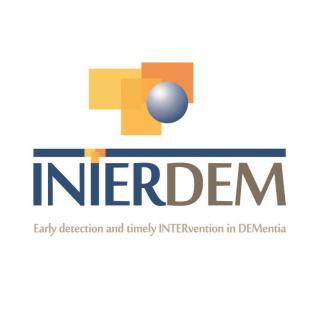 Interdem is a pan-European network of researchers collaborating in research on and dissemination of Early, Timely and Quality Psychosocial Interventions in Dementia aimed at improving the quality of life of people with dementia and their supporters, across Europe.

Amongst the networks activities are the Interdem Academy which aims to promote the career development and capacity building of dementia care researchers in people with dementia, and supports the pathway to senior academic posts in the field, which is also supported by various staff members from Alzheimer Europe.

The Interdem Academy aims to enable fellowships for PhD students and postdoc researchers allowing them to spend 3-6 months in another research center and to follow courses adapted to research in dementia care.

In 1999, a multi-professional group of researchers from Europe (UK, Italy, Spain, the Netherlands and the Republic of Ireland) who had contributed to the international literature in early dementia, gathered at the University of Hull, UK, co- funded by the European Commission (file no: SOC97 201452 05F03). The 1999 meeting included others from the UK, Spain, and The Netherlands who had also received co-funded support for related research from the European Commission.

Findings of pan-European psychosocial research in early dementia were pooled and Interdem, a network of research-practitioners / clinicians was thus established, with its first meeting hosted by INTRAS in Zamora, Spain in 2000. The purpose of this clinical academic network was to promote research on early recognition and psychosocial intervention in dementia, to build capacity and to develop a better understanding of the experience of people with dementia and their families, throughout Europe.

Annual Meetings and topic specific research meetings were organised. From 2002 on these coincided with the Alzheimer’s Europe annual conference, since this was seen as a route for the dissemination of high quality pan-European research in early recognition and timely psychosocial intervention, thus enhancing best practice initiatives within the wider practitioner community. An Interdem co-ordinating Board was established in March 2006 to oversee the growing network across European nations. This website was developed from a co-funded European Commission project DIADEM and hosted by Alzheimer Europe (2004 - 2007) and was then transferred to INTRAS, Spain.