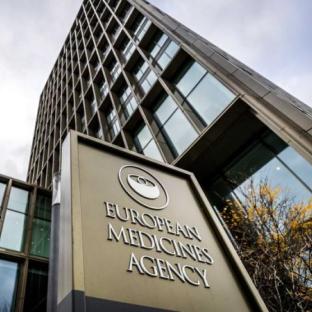 On 17 December 2021, the European Medicines Agency (EMA), in a decision closely watched by the European dementia community, decided not to authorise aducanumab for the treatment of mild cognitive impairment due to Alzheimer’s disease and mild Alzheimer’s dementia.
Alzheimer Europe understands that people living with Alzheimer’s disease and their families had high hopes and expectations about the introduction of new treatment options and that they will be disappointed that there was not enough scientific evidence for the EMA to support the authorisation of aducanumab.
The decision about this new medicine was also highly debated in the US, where the Food and Drug Administration (FDA) chose to grant conditional approval for aducanumab following an “accelerated approval pathway”. This pathway can be used to approve a drug for a serious or life-threatening illness based on surrogate end points. The FDA approval was based on aducanumab’s proven effect on lowering amyloid, a surrogate end point that the FDA deemed “reasonably likely” to predict a clinical benefit to patients. In addition, the FDA required a post-approval trial to verify that the drug provides the expected clinical benefit. As a result of these diverging decisions, Europeans with Alzheimer’s disease will not have access to treatment options available to American patients.
Alzheimer Europe appreciates the fact that the EMA had to base its decision on the more ambiguous results on cognition and executive function derived from the two phase III clinical trials conducted to date, rather than the significant effect of the medicine on amyloid reduction. Whilst this will delay access to aducanumab for European patients, Alzheimer Europe hopes that the post-approval trial mandated by the FDA or a new confirmatory phase III trial will provide the necessary scientific evidence for the EMA to reconsider its position.
Alzheimer Europe welcomes the recent announcement from Biogen confirming the launch of its post-approval trial in May 2022, aiming to provide more definitive evidence on the clinical efficacy of aducanumab. Alzheimer Europe also remains encouraged by the number of companies and organisations continuing to invest in research and the new treatment options currently being developed. The organisation therefore reiterates its call for continued research into other treatment options, including symptomatic treatment for people in more advanced stages. In addition, Alzheimer Europe remains committed to a holistic approach to Alzheimer’s disease and other types of dementia where new and exciting treatment options are included alongside counselling, support and adequate care of people with dementia and their carers throughout the disease process.
https://www.ema.europa.eu/en/medicines/human/summaries-opinion/aduhelm