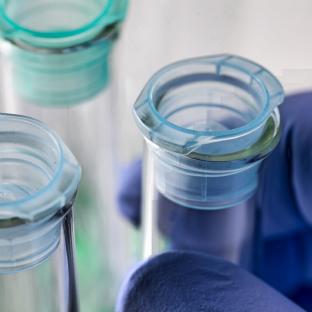 Luxembourg, 22 April 2022 – Today, Biogen announced that it had notified the European Medicines Agency (EMA) about the withdrawal of its marketing authorisation application for aducanumab for the treatment of early Alzheimer’s disease.
The agency had previously found on 16 December 2021 that the benefits of aducanumab did not outweigh its risks and had therefore recommended refusing marketing authorisation. Biogen requested a re-examination of the EMA’s decision and started discussions with the Agency’s Committee for Medicinal Products for Human Use (CHMP). In its press release issued today, Biogen highlighted that the CHMP had indicated that the “data provided thus far would not be sufficient to support a positive opinion”.
With the last approval of an Alzheimer’s medicine by the EMA dating back to 2002, people living in Europe affected by Alzheimer’s disease have been waiting to gain access to better treatments for 20 years. It will therefore be disappointing news for them to hear that there was insufficient scientific evidence for the EMA to support the authorisation of aducanumab, and that the wait for innovative, disease modifying treatments will have to continue in Europe.
The EMA discussions and the decision by Biogen to withdraw its marketing authorisation application follow developments in the US where the Food and Drug Administration (FDA) chose to grant conditional approval for aducanumab using its “accelerated approval pathway”. This approval was based on aducanumab’s proven effect on lowering amyloid beta, a surrogate endpoint that the FDA deemed “reasonably likely” to predict a clinical benefit to patients.
In its December recommendation, the EMA recognised that aducanumab reduces amyloid beta in the brain, but stated that “the link between this effect and clinical improvement has not been established”. The agency found that the results on cognition and executive function derived from the two phase III clinical trials conducted to date were conflicting, and highlighted potential difficulties in monitoring side effects of the medicine in clinical practice. As a result, the agency concluded that the risk-benefit balance was unfavourable and decided against approval. According to the EMA, “At the time of the withdrawal, while the re-examination was ongoing, the Agency was still of the opinion that the benefits of [aducanmab] did not outweigh its risks.”
Alzheimer Europe will continue to monitor clinical trial developments with great interest and notes the welcome announcement by Biogen about the launch of a phase IV trial of aducanumab in May 2022. The organisation hopes that this trial and ongoing trials by other companies will lead to positive results and to the approval by the EMA of the first new treatment against Alzheimer’s disease in over 20 years.
Alzheimer Europe also calls for continued research into much-needed and anticipated treatment options, including symptomatic treatments for people in more advanced stages of the disease. In addition, the organisation remains committed to a holistic approach to Alzheimer’s disease and dementia where treatment needs to be provided alongside counselling, support and adequate care of people with dementia and their carers throughout the disease process.
https://www.ema.europa.eu/en/medicines/human/withdrawn-applications/aduhelm
https://investors.biogen.com/news-releases/news-release-details/update-regulatory-submission-aducanumab-european-union-0