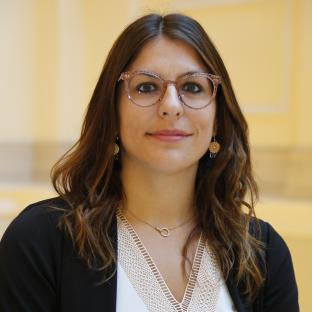 Cindy joined Alzheimer Europe on 2 January 2017 as a Project Officer. After completing a master’s degree in cellular and molecular biology in France, Cindy started her PhD at the University of Luxembourg. Her thesis was focused on the major cell of the central nervous system called “astrocyte”. On 28 November 2016, Cindy was successfully awarded the title of Doctor in Biology for her PhD thesis entitled “Astrocyte phenotype during differentiation: implication of the NFkB pathway”.