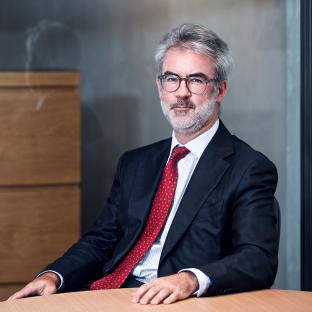 Stephen McCleery was born in Belfast, UK, in 1967 and graduated in law from Cambridge University in 1990. Following internships in Sydney and in Brussels at the European Commission, Stephen began work in London as an anti-trust lawyer, then in Milan, where he holds an MBA from the SDA Bocconi Business School.

Stephen has been living and working in Milan since 2000. In 2020, during the pandemic, he was diagnosed with Alzheimer's disease and joined Alzheimer Europe in September 2022 as an "Italian" member.

Stephen speaks Italian and French and he had two great passions: golf and classical music, although he is not able to enjoy them as much as before.

Stephen John McCleery was nominated by Federazione Alzheimer Italia, to join the European Working Group of People with Dementia in October 2022.