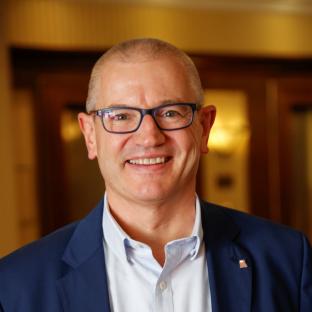 I have been working in a bank for more than 30 years, and in the last 10 years I was a relationship manager for the agricultural sector. On daily basis I was responsible for credit applications of farmers, which involved visiting these clients at their farm to work out a credit call.

About three years ago, while driving to one of my clients, I suddenly had a loss of orientation. This must have been the first sign that something was wrong. However, at that moment, I was not aware that this was my first confrontation with a symptom of Alzheimer’s, not knowing what Alzheimer’s disease really was.

About a year later, I made a mistake in a daily routine file. Never before had I made such a similar mistake. Although, neither the customer, nor my employer was disadvantaged, I experienced this as a breaking point in my career.

I felt I had no other option than to decide to stop working. I wanted to find out what was really wrong with me and made an appointment with my doctor. The struggle for a diagnosis lasted almost 6 months. On 1 July 2021, the diagnosis Alzheimer was confirmed.

On the one hand, the diagnosis was a relief, because I finally knew what was wrong. On the other hand, it was very confronting because I had always hoped to end my career in a positive way.

The diagnosis of Alzheimer’s disease meant for me the immediate end of my current function – I was not allowed to continue my specific role as a part-time job. My specific role was very stressful, with high targets and a lot of administration.

Therefore, I was convinced that it was better to stop working instead of going on and no longer being satisfied with my job. However, my colleagues and employer were very understanding about my position.

Real Larnou was nominated by Ligue Nationale Alzheimer Liga, to join the European Working Group of People with Dementia in October 2022.