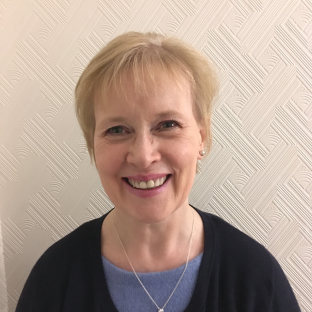 I am Margaret McCallion and I live in Glasgow.  I am a member of the Scottish Dementia Working Group and a new member of the EWGPWD and very happy to be involved in both groups.

I have a kind of dementia, ie I was diagnosed in 2016 with 'CR0972f' (young-onset Frontotemporal dementia) which I think sounds a bit like something from the likes of Star Wars! I was still working when I began getting Neuro tests however my employer decided that I was no longer required  - "if you had cancer we could have kept you on in a lower grade" - I was shocked.  However my Neuro Consultant is lovely and he suggested I go to a new Resource Centre in Glasgow.  I had reservations about this but was pleasantly surprised at the warm welcome I received and support, and it was through that Centre that I found out about SDWG and through SDWG I found out about EWGPWD.

I am thankful I keep good health and have great support from my family, friends, religion and Alzheimer Scotland!

Margaret was nominated by Alzheimer Scotland, to join the European Working Group in October 2020.