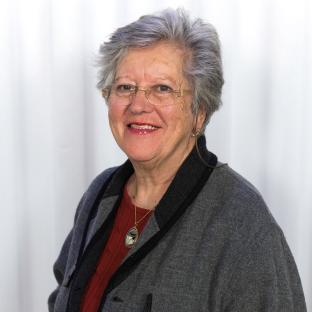 Idalina Aguiar was born in 1940 in Madeira, a Portuguese Island. She was a group leader, during several years, at international and national organizations like TW, Snooker, etc., having the opportunity to travel, one of the things she most values.

She was diagnosed with Alzheimer’s disease in 2012 and since then, she and her family participate in different activities of Delegation of Madeira of Alzheimer Portugal.

With their daughter Nélida, they have had an approach to the disease that differs from society in general, they are of the opinion that a balance between drugs and complementary therapies is ideal. They try to combat the stigma created against dementia. So Idalina does Laughter therapy, active meditation, cognitive stimulation and music therapy among other activities that are complementary and prove to be an asset.

And together try to combat the stigma created against dementia.

Idalina was nominated by Alzheimer Portugal, joining EWGPWD in 2016. She feels this is an opportunity to put her skills and knowledge in the service of other people with dementia and to be an example that a person with dementia can be an active member of society.

She has been very active in defending all the rights of people with dementia and their carers. Her work in EWGPWD has allowed her to have a more comprehensive view of the reality of her country, especially when compared with other European countries.