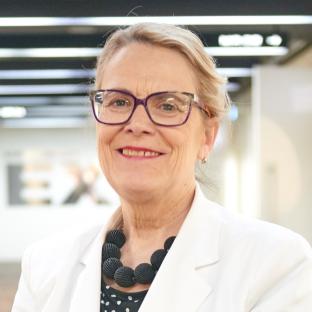 Helen Rochford-Brennan is from Tubbercurry in County Sligo, Ireland. Helen spent many years working in the tourism and disability sectors and has also devoted tireless years to community activism, working at board level in several organisations. In July 2012, Helen was diagnosed with early onset Alzheimer's disease. She has been Chair of the Irish Dementia Working Group, which is resourced by The Alzheimer Society of Ireland. Helen has used her time with the Irish Dementia Working Group to raise awareness of dementia and raise the profile of human rights for people with dementia.