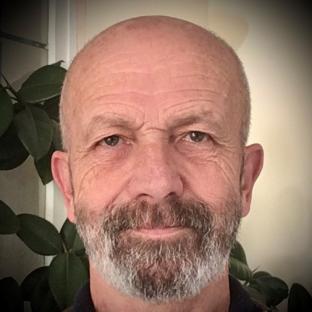 Chris Roberts is the current Chairperson of the European Working Group of People with Dementia (EWGPWD) and an ex-officio member of the Board of Alzheimer Europe, with full voting rights.

He is from Wales, UK and was diagnosed with mixed dementia (Alzheimer’s type and vascular dementia) in early 2012, but has not let this diagnosis get in the way of leading a full life.

He spends a lot of his time raising awareness of dementia to dispel the stigma that is associated, promoting the development & continuation of better services and support. Chris campaigns to uphold the rights of all affected by dementia, having spoken in The Hague (29th AE Conference) and in the European Parliament about dementia as a disability, highlighting the lack of knowledge and support.

He has spoken nationally in Wales, in the rest of the UK, in Europe, and Internationally including Australia and Japan, always supported by his wife Jayne Goodrick.

Their lives were portrayed in a BBC Panorama Documentary titled "Living With Dementia, Chris's Story" and in a BBC Wales, "Week In Week Out" programme, titled "Who Will Look After Mum, Dad or Me?".

Chris also represents people with dementia in the following roles:

Prior to his role as Chairperson, he was the Vice-Chairperson of the EWGPWD for four years, since joining the group in October 2016.

Chris was nominated by the Alzheimer’s Society UK.